WHAT IS COMMON RAIL DIESEL AND WHERE ARE FORD COMPONENT MANUFACTURING PRESSINGS FITTED?

Common rail diesel is both electronic and high pressure.

Diesel fuel is injected into the engine in very small amounts by electronically controlled injectors. These are controlled by the engine control unit (ECU). 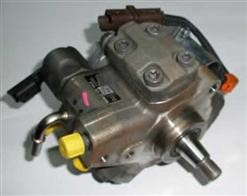 How do Ford Component Manufacturing get involved with this diesel system with one of their metal pressed components? Well we must look deep into the bowels of the automotive assembly to see the Copper Washers we press for the automotive industry. An important simple metal pressed part in a complex assembly.

The key components within the common rail system are labelled in the diagram above and are as follows:

Finally we can see the Copper Washer, a metal pressing made for the Automotive Industry by Ford Component Manufacturing. 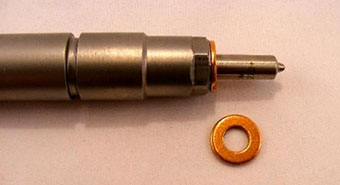 So why is this pressed washer so important?

Black soot on the bottom of the injector is a clear indicator that the injector was improperly torqued or the pressed copper washer was missing.

Ford Component Manufacturing press them, always make sure you fit them!