Our Chairman, Geoff Ford MBE has been named as one of the top 100 most influential people in UK manufacturing by The Manufacturer in their 2014 edition. 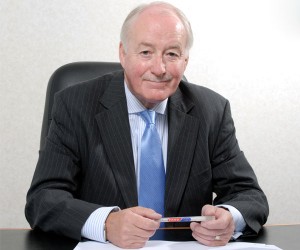 “Geoff Ford has been a passionate voice and inspirational force driving manufacturing prosperity and promotion in the North East for 40 years. A businessman of impeccable repute, his range of past and present achievements are many and varied, yet always stem from a commitment to make the region and its people economically prosperous and to strengthen manufacturing.

Joining the company in 1974 and chairman since 1985, his vision has led to record-breaking growth, the capture of new global markets, and sector enchancement through initiatives such as the creation of the Advanced Manufacturing Forum and the Ford Engineering Academy.”